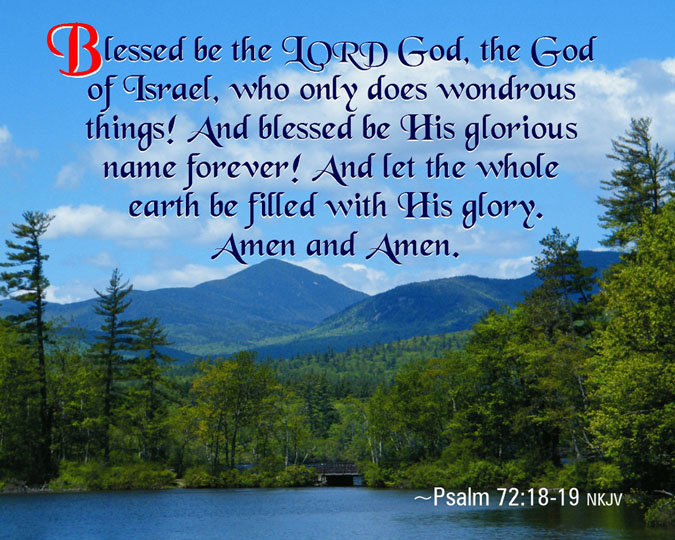 Replacement Theology --- This view teaches that the Church has permanently replaced Israel as the instrument through which God works and that natural Israel does not have a future in the plan and purpose of God.  The many promises made to Israel in the Bible (especially the kingdom promises) are fulfilled in the Christian Church, in a non-literal way. The prophecies in Scripture concerning the blessing and restoration of Israel to the Land of Promise are "spiritualized" into promises of God's blessing for the Church. The prophecies of condemnation and judgment, however, still remain for national Israel.

Amillennialism ---  This view harmonizes well with "replacement theology." It teaches that there will be no future kingdom.  Rather, the kingdom promises are being fulfilled (in a non-literal way) by the church.  The nation Israel will not enjoy a future millennial kingdom, nor will the Messiah rule over the world from an earthly Davidic throne in Jerusalem.  The kingdom of God is being enjoyed today in the hearts of believers in a spiritual way, but the nation Israel has no future kingdom to look forward to.

See our articles: Ten Things That Will Be True When Christ "Comes in His Kingdom" (Matthew 16:28) and "Let Thy Kingdom Come!"

Also every Christian leader who denies that the nation Israel has a wonderful future in their land, under their Messiah, according to all the kingdom prophecies given by  the prophets, should give serious consideration to what God has said must happen if Israel is to cease being a nation before Him.

God has appointed the sun to shine by day and He has appointed the moon and stars to shine by night. He also stirs up the sea so that its waves roar (see NIV translation of Jeremiah 31:35-36).  God says that if these ordinances depart from before Him, then will the seed (descendants) of Israel cease from being a nation before Him!   The Jewish people can take great comfort from this promise.  Every day when they see the sun, every night when they see the moon and stars, every visit to the ocean when they see the waves in action---they can know that their preservation as a people is secure!

The enemies of Israel need to change their strategy!  Instead of aiming their mighty weapons of destruction upon the Jews and Jerusalem, they need to aim their missiles at the sun, moon and stars!  They could start with the moon and try to knock it out of orbit!   Instead of spending time in their secret laboratories trying to figure out how to deliver chemical weapons, they need to devise a plan to neutralize the waves of the ocean!  But as long as the waves are roaring, and the sun, moon and stars are shining, Israel's future is secure!

If the enemies of the Jews get frustrated by trying to vaporize the heavenly bodies and trying to neutralize the waves of the ocean, then God has another strategy which is guaranteed to destroy the Jews.  All they need to do is measure the heaven above!   The vastness of heaven (the second heaven, that is, the universe) is beyond the comprehension of our feeble minds.  Scientists, now equipped with the Hubble telescope, tell us that there are at least 10 times more stars in the universe than there are grains of sand in all the beaches of the world!   And yet, the further we look into the vast expanse of space, the more stars we see.  The universe cannot be measured by man, nor can the stars be counted.

The enemies of Israel again need to abandon their hostile attacks against Israel, and start to develop bigger and better telescopes!  Because only then will God cast off all the seed (descendants) of Israel.  Israel's future is secure until they are successful!

If looking up and measuring the heavens seems to be a task too great, then the enemies of the Jews can look down and seek to search out the earth beneath!   Man's greatest efforts at searching the earth beneath and digging and drilling into it have barely scratched the surface!  But if man can dig to the center of the earth, then God will cast off the seed (descendants) of Israel.

Those Christians who teach that the nation Israel has no future in the plan and purpose of God must face the same gargantuan obstacles as outlined above.  How much better to simply take God at His Word and understand Israel's kingdom promises in the normal and natural and obvious sense.

That Israel has a glorious future centered in the kingdom of the Messiah is clearly seen in this passage:

Do You Interpret the Bible Literally?  Six Tests to See if You Do